Today in Washington, DC, the White House Office of Management and Budget and the Data Coalition are hosting a public forum for feedback on the draft action plan for the new federal data strategy. Remote access is available for those … END_OF_DOCUMENT_TOKEN_TO_BE_REPLACED 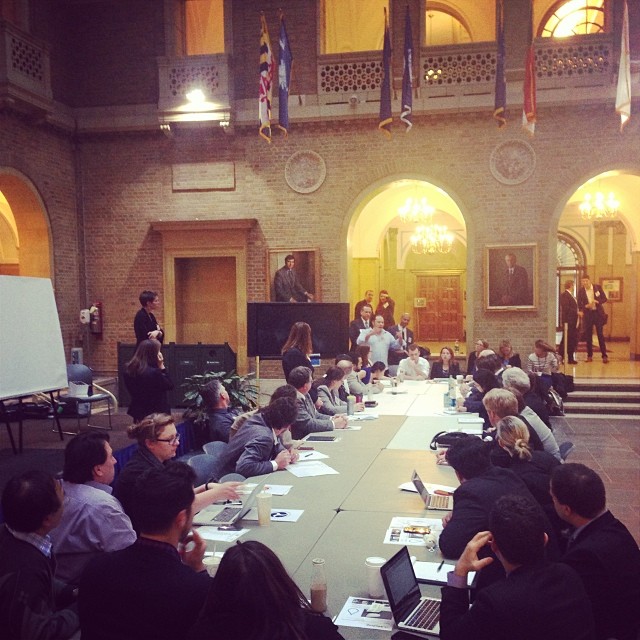 Here’s how the White House Office of Science and Technology suggests government engage the public around open data:  data jams, datapaloozas and hackathons.

So you’re opening up government data and making it easier to find and use – to inspire new ideas, spur economic growth, and ultimately make your agency more effective in achieving its mission. But you realize that your agency can’t just supply data – it’s also about getting and acting upon feedback, and catalyzing use of the data from a wide variety of stakeholders. A community event is a great way to hear ideas and feedback from passionate people, offer your expertise to people with thoughtful questions and evangelize your data assets. This document gives an overview of the main types of open data community events the U.S. Government holds.

Goal: To connect tech and policy communities and get commitments to make things with open data, in support of agency mission and priorities.

An event where developers, designers, and strategists work in teams to solve problems with software and/or hardware and demo the resulting work at the end of the day. Ex: White House “We The People” API Hackathon, The American Art API Hackathon

Goal: To build relationships with the tech community and to see immediate tools and prototypes.

Not mentioned: ongoing relationships over social media, use of email groups (hello, Investigative Reporters and Editors / NICAR and Sunlight Foundation), online communities like the ones hosted on Data.gov or Facebook or Google+, and one of the most important signals for demand and vectors for government data becoming open: requests from the Freedom of Information Act, both from industry and media, particularly data journalists.

Bottom line: Datajams, datapaloozas and hackathons are all new methods for the White House to engage the public, and they’ve advanced the policy goals espoused in the open data executive order, but they aren’t enough on of themselves to broadly engage the public or end users for data.

After all of these years, it’s unfortunate to see the policy folks at the White House still failing to acknowledge, in a policy document like this, many of the primary end users of their data or where to go find them and engage them, much less do so. It’s also consistently disappointing to see the @OpenGov Twitter account, with nearly 700,000 followers, just broadcast messages and ignore @replies, instead of acknowledging criticism and engaging the public more around these efforts.

Some government staffers have joined the NICAR mailing list and responded to the concerns or wishes expressed there: here’s hoping more follow onto other communities. In the meantime, I’m experimenting with a pull request on Github to see if these suggestions might be incorporated into the policy.

Federal agency staff dedicated to handling Freedom of Information Act (FOIA) requests from industry and media. The Office of Government Information Services (OGIS) at the National Archives and FOIA staff at agencies

Goal: To monitor and measure the incoming demand for data and proactively release data in response to that signal.

Over at The Verge, editor-in-chief Nilay Patel is urging his readers to contact the Federal Communications Commission and urge the regulator to stand up for consumer protections, competition and to classify the Internet as a utility. The post includes a big graphic with the FCC’s phone number and FCC Chairman Tom Wheeler’s email, encouraging readers to weigh in.

The passionate post and call to action is missing a key component, however: a link to the new public docket on the Open Internet where people can submit official comments through the commission’s electronic file system. As useful as it might be to get the FCC’s phone’s ringing — and as entertaining as it might seem to make the FCC chairman’s ability to get to Inbox Zero impossible — not sending a river of traffic to that docket means that people won’t be adding their voices to those of the companies that are being regulated.

That’s a shame: These comments are entered into the public record and are legally binding. If this is something you care about, on either side of the issue, go weigh in here.

Unfortunately, people are continuing to comment on docket for the first open Internet rulemaking, from years ago. Given that the FCC has no indication on thus FCC.gov webpage that it’s the old one, you can hardly blame them. You can still see all of the old filings online from 2009 at the FCC’s ECFS system, from Level 3 Communication’s recent plea to avoid “anticompetitive, monopoly rent-seeking conduct” one from one B.Davis”: “It is vital that the internet stay neutral and an open field without influence forced upon consumers by internet providers. The internet should be considered as a utility.”

The relaunch of FCC.gov years ago was supposed to make all this easier.

““It is our intention that every proceeding before the agency will be available for public comment,” United States Chief Information Officer Steven VanRoekel told me. (He was the managing director of the FCC then). “If we think of citizens as shareholders, we can do a lot better. Under the Administrative Procedure Act, agencies will get public comments that enlighten decisions. When citizens care, they should be able to give government feedback, and government should be able to take action. We want to enable better feedback loops to enable that to happen.”

Unfortunately, the FCC is not going the extra mile to get people onto the docket. While the commission has tweeted links to the chairman’s statements and fact sheet, they haven’t tweeted or put up a blog post that will lead people directly there.  To be blunt, not doing so looks like public engagement malpractice to me, promulgating press releases but failing to directly engage the American people on an issue of public interest using free social media tools and considerable platform the agency has built over the years.

The FCC may be seeking public comment but anyone clicking this tweet would be hard pressed to figure out how to give it: there’s no link to the Open Internet proceedings on the page.

So, here’s a free suggestion to the FCC, if they’re listening: tweet a link to the Open Internet proceedings out and give the American people who you serve an opportunity to weigh in.

UPDATE: The @FCC stepped up, tweeting a link to the Open Internet docket 3 times since February 27.

To submit comments on the #OpenInternet proceeding go to http://t.co/EjFcs6Ng9K & click Proceeding #14-28 #netneutrality

UPDATE: As of May 15, the day of the FCC Open Hearing on the Notice of Proposed Rulemaking on the Open Internet, the 14-28 docket had received 21,017 comments. Watch live online at FCC.gov/live.

Earlier today, however, a mechanical engineer named Claudio Ibarra commented on a Google+ thread that he thought that the animated GIF was a “waste.” END_OF_DOCUMENT_TOKEN_TO_BE_REPLACED