I read an editorial on “open government” in the United Kingdom by Nick Cohen today, in which he argues that Prime Minister David Cameron is taking “Britain from daylight into darkness. Cohen connects privatization to the rise of corporate secrecy … END_OF_DOCUMENT_TOKEN_TO_BE_REPLACED

This week, I read and shared a notable Wall Street Journal article on the value of government data in that bears highlighting: hedge funds are paying for market intelligence using open government laws as an acquisition vehicle.

Here’s a key excerpt from the story: “Finance professionals have been pulling every lever they can these days to extract information from the government. Many have discovered that the biggest lever of all is the one available to everyone—the Freedom of Information Act—conceived by advocates of open government to shine light on how officials make decisions. FOIA is part of an array of techniques sophisticated investors are using to try to obtain potentially market-moving information about products, legislation, regulation and government economic statistics.”

What’s left unclear by the reporting here is if there’s 1) strong interest in data and 2) deep pocketed hedge funds or well-financed startups are paying for it, why aren’t agencies releasing it proactively?

Notably, the relevant law provides for this, as the WSJ reported:

“The only way investors can get most reports is to send an open-records request to the FDA. Under a 1996 law, when the agency gets frequent requests for the same records—generally more than three—it has to make them public on its website. But there isn’t any specific deadline for doing so, says Christopher Kelly, an FDA spokesman. That means first requesters can get records days or even months before they are posted online.”

Tracking inbound FOIA requests from industry and responding to this market indicator as a means of valuing  “high value data” is a strategy that has been glaringly obvious for years. Unfortunately, it’s an area in which the Obama administration’s open data policies look to have failed over the last 4 years, at least as viewed through the prism of this article.

If data sets that are requested multiple times are not being proactively posted on Data.gov and tracked there, there’s a disconnect between what the market for government data is and the perception by officials. As the Obama administration and agencies prepare to roll out enterprise data inventories later fall as part of the open data policies, here’s hoping agency CIOs are also taking steps to track who’s paying for data and which data sets are requested.

If one of the express goals of the federal governments is to find an economic return on investment on data releases, agencies should focus on open data with business value. It’s just common sense.

Here are the questions that they’d like help answering:

The White House is asking that feedback be sent to opengov@ostp.gov by September 23 and states that it will post a summary of submissions online in the future.

If you’re in the mood to weigh in, there just might be a few other pressing issues that deserve to be addressed in the plan, from compliance with the Freedom of Information Act to press freedom to surveillance and national security.

A note on email, public engagement and transparency

In a post regarding the White House’s call for input, Nextgov reporter Joseph Marks is skeptical about using email to solicit feedback, suggesting instead that the administration return to the approach of 2009, when the transition team asked the public at large to weigh in on open government.

“When seeking advice on open government, it seems natural to make that advice itself open and transparent,” writes Marks. “This could be done using a plain old comments section. Even better, the White House could have engaged the public with a crowdsourcing platform such as IdeaScale, which allows users to vote ideas up and down. That way the public could participate not just in offering ideas but in choosing which ones merit further consideration.”

People who have been following the thread around the drafting of the U.S. “national action plans” for open government know, however, that a similar call for feedback went out two years ago, when the White House asked for comments on the first version of the plan. At the time, I was similarly skeptical of using email as a mechanism for feedback.

Writing on Google+, however, open government researcher Tiago Peixto, however, posited some reasons to look at email in a different light:

My first reaction was similar to that of some other observers: e-mail consultations, in most cases, are not transparent (at least immediately) and do not foster any kind of collaboration/deliberation.

But this comes rather as a surprise. Even though Sunstein might have some reserves towards deliberative models he is a major scholar in the field of decision-making and – to put it in fashionable terms – solutions to tap the crowd’s expertise. In fact, judging from this, one might even expect that Sunstein would take the opportunity offered by the OGP to create some sort of “prediction market”, one of his favorite mechanisms to leverage the knowledge dispersed across the public. In this case, why would they solicit online feedback via e-mail?

Thinking of email as a practical, last-minute choice is a possible explanation. But in the spirit of open interpretation (nowadays everything needs to be preceded by the word “open”), I am thinking of an alternative scenario that may have led to the choice of e-mail as the channel to gather input from the public online:

A possible hypothesis is that Sunstein might have been confronted by something that is no news to federal government employees: they have a very limited number of tools that they are actually allowed to use in order to engage with the public online. Having a limited number of options is not a bad thing per se, provided the options available are good enough. In this sense, the problem is that most of the tools available (e.g. ranking, ideation) do not meet reasonable standards of good “choice architecture”, to use Sunstein’s terms. One might imagine that as Sunstein went through the different options available, he foresaw all the effects that could be generated by the tools and their design: reputational cascades, polarization, herding… In the end, the only remaining alternative, although unexciting, was e-mail. In this case at least, preferences are independently aggregated, and the risks of informational and social influence are mitigated.

Maybe the option of using e-mail to solicit inputs from the public was just a practical solution. But thinking twice, given the options out there, I guess I would have opted for e-mail myself.

From where I sit today, the White House might be better off trying a both/and strategy: solicit feedback via email, but also post the draft action plan to Github, just like the open data policy, and invite the public to comment on proposals and add new ones.

The lack of public engagement around the plan on the primary White House Twitter, Facebook and Google+ accounts, however, along with the rest of the administration’s social media channels, suggests that feedback on this plan may not a top priority at the moment. To date, federal agencies are not using social media to ask for feedback either, including the Justice Department, which plays an important role in Freedom of Information Act policy and requests.

At least they’re using the @OpenGov and @WhiteHouseOSTP accounts:

We Want Your Input on Building a More #OpenGov –> http://t.co/xGnht9vlDP 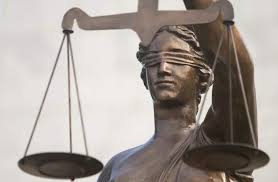 This weekend, in an op-ed for CNN.com, University of Maryland law professor Danielle Citron argues that Congress and other states in the union also should move to criminalize sharing nude pictures of a person without that person’s consent.

Citron argues that that, given the profound effects upon someone’s personal and professional life in the schools, workplaces and communities they inhabit “offline,” criminalizing this online action is a necessary curb on the damage it can do. She makes a strong case that the U.S. Code should catch up to the pace of technological change.

We’re several years past the time the world crossed a Rubicon, with respect to the ability to share embarrassing images of one another. The global adoption of cheap camera phones, smartphones, social networks, search engines and wireless Internet access has created a tidal wave of disruptions across industries, governments and nations. Taking pictures with the world has been made trivially easy by those technologies, a capability that can capture both our best and worst moments.

When combined with the capacity to share those images with the rest of humanity in an instant, billions of people now wield great power in their back pockets. Whether they uphold the responsibility that comes with it is in question, given what history shows us of humans acting badly to those who have less power in society. The power to publicize and shame others is not equally distributed, given the expense of devices, data, and unequal access between the sexes.

In her op-ed, Citron anticipates the First Amendment concerns of organizations like the ACLU, arguing that it’s possible to craft sufficient limits into legislation — again, using New Jersey’s law as a model — that will enable the United States to preserve constitutional protections for free speech online.

“First Amendment protections are less rigorous for purely private matters because the threat of liability would not risk chilling the meaningful exchange of ideas,” writes Citron.

“Listeners and speakers have no legitimate interest in nude photos or sex tapes published without the subjects’ permission. That online users can claim a prurient interest in viewing sexual images does not transform them into a matter of legitimate public concern. Nonconsensual pornography lacks First Amendment value as a historical matter, and could be understood as categorically unprotected as obscenity. Although the Court’s obscenity doctrine has developed along different lines with distinct justifications, nonconsensual pornography can be seen as part of obscenity’s long tradition of proscription.”

The American Civil Liberties Union opposes the California legislation and the Electronic Frontier Foundation has expressed concerns with how broadly it has been drafted.

Making anyone but the original person who broke the trust of another by uploading the picture culpable would run up against Section 230 of the United States Communications Decency Act, which provides “intermediary liability,” protecting online platforms from being held liable for user-generated content shared on them.

As more people gain the ability to take, store and share digital images, however, improving systems that govern non-consensual surveillance and distribution looks precisely like the kind of thorny problem that our elected representatives should grapple with in the 21st century.

Societies around the world will need to find answers that reconcile online civil rights with longstanding constitutional protections. The way the United States handles the issue could be a model for other states to consider — or not, if a dysfunctional Congress proves unable to enact effective legislation, a scenario that unfortunately seems all too likely over the next year.