I generally agree with the assessment of Washington Post, with respect to how well Maryland Governor Martin O’Malley’s “Ask Me Anything” on Reddit went for him, though I give him far more credit for venturing onto the unruly social news platform than the reporter did. The Post’s report that he only answered 5 questions was just plain incorrect.

O’Malley answered 19 questions this morning, not 5, a fact that could be easily and quickly ascertained by clicking on GovMartinOMalley, the username he used for the AMA, including a (short) answer to a question on mental health that the Post said went unanswered. (An editor made multiple corrections and updates to the Post’s story after I pointed that out.)

He subsequently logged back on in the afternoon to answer more questions, rebutting the Post’s assessment and that of a user: “I don’t know, I’m having fun! This is my first AMA. I had to step away to sign a bunch of bills, and I’m glad to be back,” he commented.

He answered at least one tough question (from a questioner who appears to have joined Reddit today) after doing so, although the answer hasn’t been highly rated:

@bmoreprogressive91: Thanks for doing an AMA. Just one question: How does the Maryland healthcare exchange, which cost taxpayers $90 million to implement before your administration found that it would be cheaper (at an additional $40-50 million) to just replace it than to fix it, show that your Administration has been effectively using taxpayer dollars to better the lives of individual citizens?

O’Malley: No one was more frustrated than I was about the fact that our health exchange website didn’t work properly when we launched. But our health exchange is more than a web site, and we worked hard to overcome the technical problems. We have enrolled about 329,000 people thus far, exceeding the goal we set of 260,000. I often say that we haven’t always succeeded at first, but we have never given up. We learn from both success and failure.

By the end of the day, Maryland’s governor answered 36 questions in total. (You can read a cleanly formatted version of O’Malley’s AMA at Interview.ly). Reddit users rated the quality of some answers much higher than others, with the most popular answer, “Yes,” coming in response to whether he would support a constitutional amendment to reverse the Citizens United decision by the Supreme Court.

To be fair — and reasonable observers should be — Reddit’s utility for extracting answers from a politician isn’t so great, as Alexis Madrigal pointed out after President Barack Obama did an AMA, back in 2012. That said, I’m generally supportive of elected leaders engaging directly with constituents online using the tools and platforms that citizens are active upon themselves.

Popular questions that go unanswered can be instructive and offer some insight into what issues a given politician would rather not talk about in public. As such, they’re fine fodder for media to report upon. The record online, however, also means that when a reporter botches the job or misrepresents an interaction, question or answer, we can all see that, too.

Postscript: Andrew MacRae was critical of the governor and his team’s approach to Reddit and offered a tip for other politicians that venture onto the social news platform for an AMA. More on that in the embedded tweets, below:

@reddit @GovernorOMalley That would undermine the point of an AMA @digiphile . His team should have studied @Schwarzenegger for how to AMA

@digiphile @reddit recipe is simple. answer the tough q's immediately. bring data. demonstrate personality, it's not a speech it's a convo

This post was further updated after the Governor went back online in the afternoon. 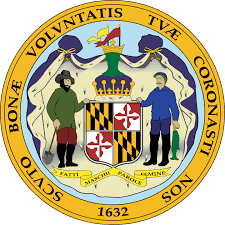