One of the more interesting aspects of Dave Eggers’ dystopic new novel, “The Circle,” is the introduction of the “SeaChange,” a small, powerful camera that can transmit wireless images to a networked global audience. The SeaChange is adopted by politicians who “go transparent,” broadcasting all of their interactions to the public all day long.

Regardless of whether that degree of radical transparency in beneficial for elected representatives or not, in early 2014, we’ve now seen many early glimpses of what a more networked world full of inexpensive cameras looks like when United States politicians are online and on camera more often, from scandals to threats to slurs to charged comments that may have changed a presidential election. Most of that video has been captured by small video cameras or, increasing, powerful smartphones. Over the next year, more people will be wearing Google Glass, Google’s powerful facial computing device. Even if Google Glass has led to a backlash, the next wave of mobile devices will be wearable, integrated into clothing, wristbands, shoes and other gear. This vision of the future is fast approaching, which means that looking for early signals of various aspects of it is crucial. 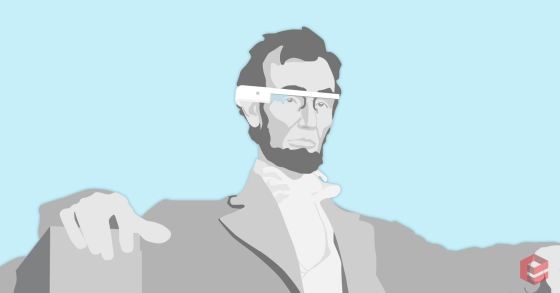 One such signal came across my desktop earlier this week, in the form of a new app for Google Glass from RedEdge, a digital advocacy consultancy based in Arlington, Virginia. Their new “augmented advocacy” application for Google Glass is a proof of concept that demonstrates how government data can be served to someone wearing glass as she moves around the world. It’s not in the GDJ Store but people interested in testing it can request the Glass application file (android 1) from RedEdge, its maker.

“While we don’t expect widespread deployment of this app, though that would be cool, this is a window into what’s possible with wearable computing just using federal department data,” said Ian Spencer, chief technology officer of RedEdge, in an interview. “The data we used to launch this app and populate the database was all sourced from publicly available information. We primarily used publications from the Office of Management and Budget for budget figures, as well as the president’s own budget, for monetary data. Location data on federal buildings was sourced from Google Maps.”

The app leverages Google Glass’s ability to detect the wearer’s location, feeding a government data through RedEdge’s API to populate a relevant card. It pulls in from open data, formatted as JSON, and provides a list of all locations.

“You can just walk around with the app running in background,” said Spencer. “It doesn’t take up a ton of battery life. With geofencing, Glass knows when you’re near a building and triggers the app, which pops in a card that shows you a phone number and budget information. You can then tap to get more information and it loads up public contact information. Eventually the GDK [Glass Developer Kit] will let you make calls and emails.” 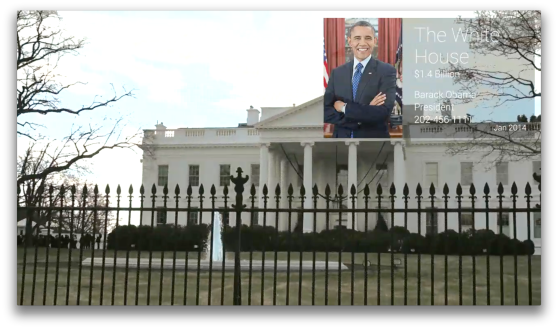 The RedEdge app is currently limited by the amount of time and investment RedEdge has put into it, along with the technology of Glass itself. “Once we add more data points, we will need a more complicated API,” said Spencer. “User experience was our focus, not massive complete sets. Even if we were using a government API, which would be ideal at some point, we would need a hashing layer so that we don’t overwhelm their servers.”

The only data the developers are feeding into it is the total federal budget for a given agency, not more granular details concerning how it related to programs, their performance or who is in charge of them. It’s very much a “proof of concept.”

“We’re looking at it as a trial balloon,” said Spencer. “It started with our tech team. We haven’t had researchers go over tons of entries. If there is interest in it, we then may do more, like adding more federal data and state-level data.”

One potentially interesting application of augmented advocacy might seem to be Congress, where data from the Sunlight Foundation’s Influence Explorer or Open Congress could be integrated as the Glass wearer walked around. The technical limitations of Glass, however, mean that citizens will need to keep downloading Sunlight’s popular Congress app for smartphones.

“The problem is the precision of the GPS,” said Spencer. “If you’re wearing Glass in the Hart building, you don’t have enough accuracy. You can get building-to-building precision, but not more. There are technical problems with trying to use satellites for this, whether it’s GPS or GLONASS, the Russian version.”

That doesn’t mean such precision might not be possible in the future. As Spencer highlighted, app developers can determine “micropositioning” through wifi or Bluetooth, enabling triangulation within a room. “A classic example comes from marketing in a store –” I see you’re looking at X,” he said.

That technology is already live, as Brian Fung reported in the Washington Post: stores are using cellphones to track shopping habits. In Washington, a more palatable  example might be around the Mall, where geofences and tracking trigger information about Smithsonian paintings, trees, statuary, or monuments. 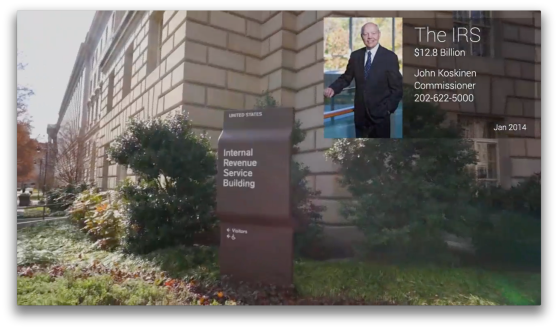 The limitation on facial recognition capabilities in Glass also means that the most interesting and disturbing potential application of its gaze is still far away: looking at someone in a lobby, bar, hearing or conference and learning not only who the person is but what role he or she may play in DC’s complicated ecosystem of lobbyists, journalists, Congressional staffers, politicians, media, officials, public advocates and campaign operatives. (For now, the role of the trusted aide, whispering brief identifiers into the ears of the powerful is safe.)

When more apps like this go live in more devices, expect some fireworks to ensure around the United States and the world, as more private and semi-public spaces become recorded. Glass and its descendents will provide evidence of misbehavior by law enforcement, just as cellphones have in recent years. The cameras will be on the faces of officers, as well. While some studies suggest that police wearing cameras may improve the quality of their policing — and civil liberties advocates support their introduction — such devices aren’t popular with the New York City Police Department.

As with the dashboard cameras that supply much of the footage for “Cops” in the United States and offer some protection against corrupt police and fraud in Russia, wearable cameras look likely to end up on the helmets, glasses, lapels or shoulders of many officers in the future, from Los Angeles to London.

The aspirational view of this demo is that it will show how it’s possible to integrate more public data into the life of a citizen without requiring her to pull out a phone.

“There’s a lot of potential for this app to get people to care about an issue and take action,” said Spencer. “It’s about getting people aware. The cool thing about this is its passive nature. You start it once and it tells you when you’re near something.” 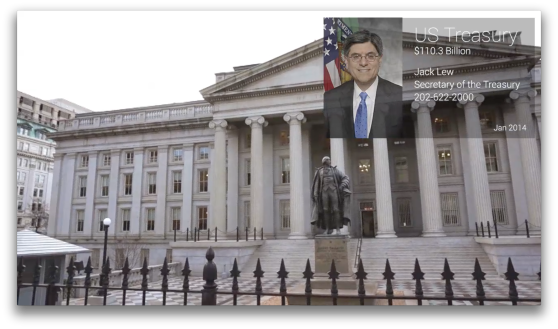 A more dystopian view is that people will see a huge budget number and call the switchboard of a given agency to angrily complain, as opposed to the constituent relations staff of their representatives in Congress.

Given the challenges that Congress already faces with the tidal wave of social media and email that has swelled up over the last decade, that would be unhelpful at best. If future digital advocates want to make the most of such tools, they’ll need to provide users with context for the data they’re being fed, from sources to more information about the issues themselves the progress of existing campaigns.

This initial foray is, after all, just a demo. More integration may be coming in the next generation of wearables.

@digiphile @sunfoundation I literally got my @googleglass 24 hours ago; hope to have a video demo end of weekend if not sooner. In DC 2 FYI

4 thoughts on “Will Google Glass enable “augmented advocacy” in a more transparent society?”