Why did President Barack Obama go on “Between Two Ferns,” an irreverent talk show hosted by comedian Zack Galifiniakis? 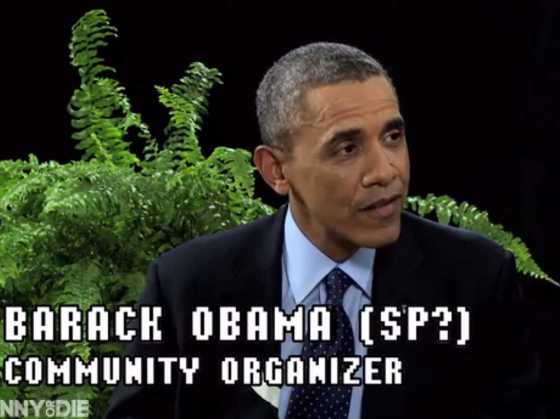 The context comes about two thirds in, when the president talked about HealthCare.gov, young “invincibles” and health insurance that costs about as much as a cellphone bill: young people are still not aware of the policy or going to the site.

According to White House officials, the appearance on the show made FunnyOrDie.com, the comedy site that hosts the show, the number one referrer of Traffic to Healthcare.gov today.

Update: According to an unnamed HHS official on a conference call today, some 19,000 of the 3 million people who have watched the video clicked on Healthcare.gov.

Update II: McGuiness tweeted that traffic to Healthcare.gov was up 40% compared to the previous day.

Funnyordie video has 11 million views. http://t.co/a7HUExG0vg traffic for yesterday was up almost 40% from Monday.

In other words, it worked. I’ve asked for more comment from the White House on traffic and conversions and will update this post as necessary.

In the meantime, the answers to whether the president should find young audiences online, the White House should be making animated GIFs or the Department of Health and Human Services should be dabbling in doge memes are all a qualified yes: social media and online video are crucial mediums for outreach to a younger generation that has grown up digital, sharing what they read and watch with their friends and family.

Time Magazine’s’s sharp television critic, James Poniewozik, captured why the President of the United States going onto this particular show and adapting his delivery considerably from what Americans might see in other contexts worked better than, say, a Super Bowl interview:

It’s the tone of the comedy as much as the online medium that really targets the young audience Obama is pitching to here. There’s a cringe-humor generation gap; if you’re over a certain age, or simply haven’t watched much of a certain kind of contemporary comedy, you’ll probably watch it thinking that the segment is bombing and Obama is getting legitimately angry. But it’s a good fit for Obama’s sense of humor, which is a little dry and a little cutting–in ways that don’t always play in rooms when there are no ferns present.

One thought on “President Obama’s jokes “Between the Ferns” connect the young and uninsured to HealthCare.gov”